We started off the conference on Sunday by catching up on the rooftop at Cira Green, Philadelphia’s “park in the sky.”

On Monday, GRA President Sarah Wetmore and host Jeff Hornstein kicked off the conference. We quickly shifted to a town-hall discussion of the strategic plan written by Rosie Stafford-Smith. (This year we begin implementing that plan — creating more value to members and expanding our membership.)

We then discussed the American Rescue Plan. A big takeaway as noted by Eric L. was that by the time the ARPA money arrived in city and state treasuries, many were in good fiscal health; he questioned whether they used the money for transformative investments. A big personal takeaway is that I’m going to steal Eric K.’s example for envisioning the difference between millions and billions of dollars (in this case ARPA dollars) by thinking of them as seconds.

We then shifted to a discussion around how COVID has impacted downtowns. How will our cities cope with reduced in-office time and the commensurate decrease in downtown, daytime, retail traffic?

We ended the day with a dine-o-round at three delicious Philly restaurants. Han Dynasty was amazing!

Following that, we discussed workforce development. Low labor force participation is clearly a problem in many parts of the country, especially in this time of tight labor markets. We covered several opportunities, including recent successes at the Alabama Office of Apprenticeship seeking to mirror German apprenticeship programming.

Cannabis followed. Erm, I mean that a discussion of cannabis followed. It’s striking to hear about the concentration of total marijuana use by daily users. A big question is whether public health concerns are being neglected.

We wrapped up our time in conference room seats on Tuesday with a Skill Share during which we discussed legislative engagement during this period of political polarization.

And then off to the Delaware River Waterfront. We took an excursion headed by Jeff and Richardson Dilworth from Drexel University. Amazing things are happening along the water to overcome the decades-old separation from the rest of Philadelphia by Interstate 95. Check out the picture of Graffiti Pier. 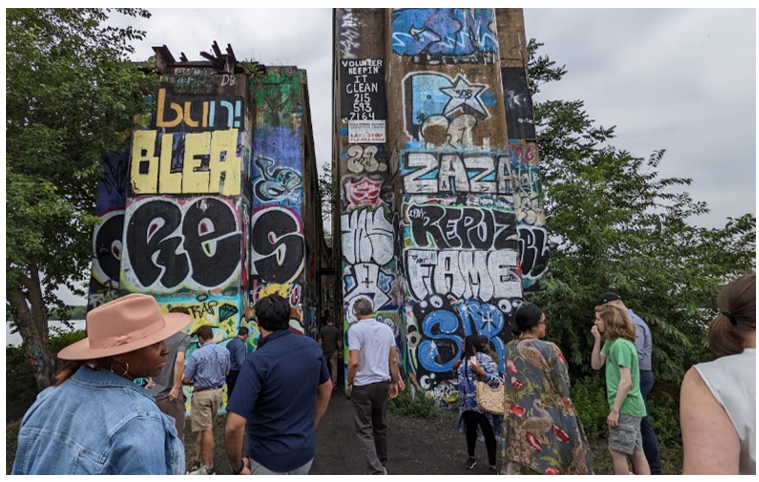 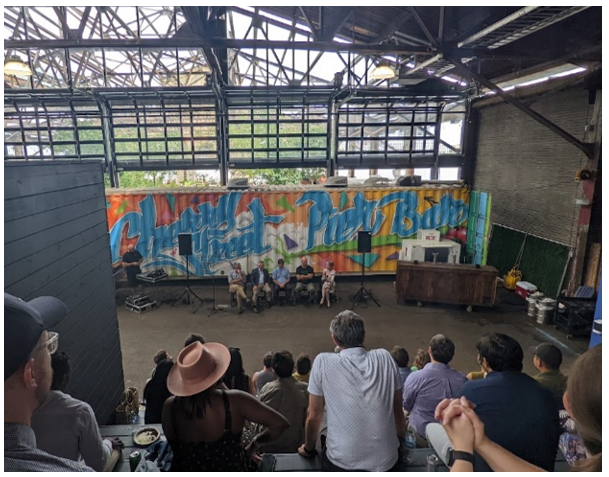 That night, we had a wonderful awards dinner, hearing an engaging keynote from Bruce Katz at Drexel University about the misalignment among Americans’ needs and the federal response. We then presented the Frederick P. Gruenberg Award to Dr. Kent Gardner for Lifetime Achievement in Governmental Research, and presented research awards. More details of the evening and the GRA award winners are here. Thanks for putting that page together, Karina.

And thanks Jeff for the afterparty at the Study Hotel lounge.

We closed out the meeting on Wednesday morning with a discussion around diversity, equity, and inclusion initiatives at GRA organizations. Panelists suggested that being “deliberate” and “intentional” are key to organizational change.

Check out the full conference agenda and list of speakers here.

Something you missed, even if you attended the conference, was our thanks to Sarah for eight years of service on the board, two as Vice President and two as President. I think that we subconsciously neglected to formally acknowledge her contribution because we didn’t want to admit that she was stepping away from the board. See the Board of Trustees resolution honoring Sarah: 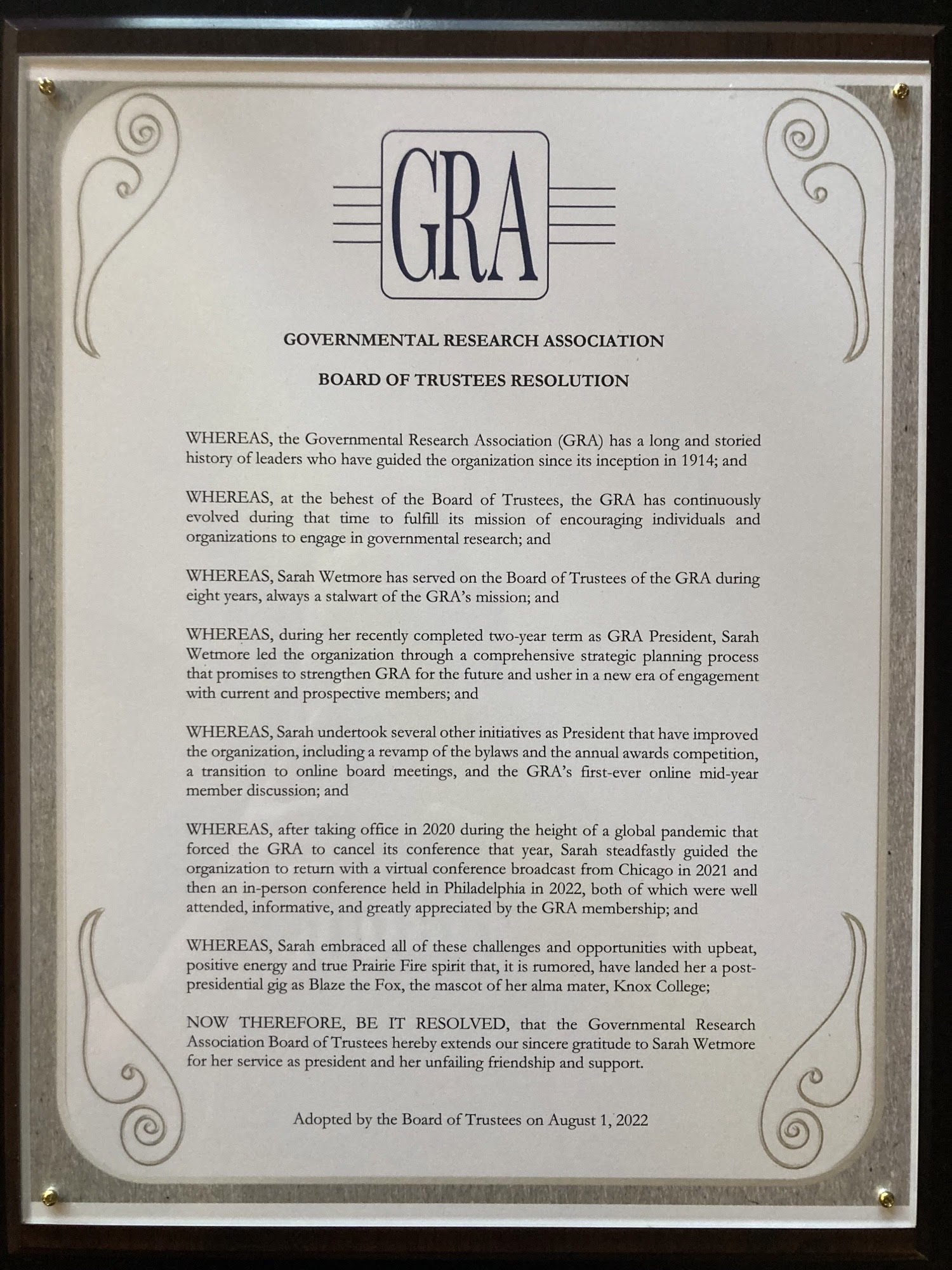 Finally, from the conference’s dry-erase wall, we were happy to hear from a new GRA member and conference attendee: “We found our peeps.”